If Mr Ronnie Corbett Was King, Would Charles Be Queen? A Gay Old Solution To The Crisis In The Monarchy 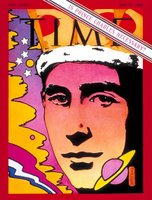 When it comes to popular music I am no Sir Jimmy Savile, which is a blessed relief. As such, I must confess that I am not aware of the singer, Mr Morrissey, though I am told by my informants in the tambourine-playing corner of the Youth Fellowship that he a cross between Mr Johnnie Ray, Mr Kenneth Williams, and Mr Joe Orton, which is worrying, to say the least.
Anyway, I understand also that Mr Morrissey recently observed that Mr Ronnie Corbett would make a better King than HRH the Prince of Wales.
It is, I think, an interesting thesis. Mr Corbett would certainly be good at public broadcasts, as he has spent half of his life talking rubbish from the comfort of an easy chair. True, he is prone to digression, and his Christmas address might include more references to Morningside ladies and golf club dinners than has traditionally been the case, but this would surely be welcome after several decades in which HM The Queen has been forced to feign an interest in Zimbabwean hatmakers, while also endeavouring to make politically-correct points designed to mask the truth about Britain's diminishing role in the world.
Prince Charles has made a late bid for the job of King by drawing attention to his peculiar journals, in which he compared Chinese dignitaries to waxworks, but in doing so he revealed himself only to be his father's son.
I wonder, then, if we might propose a compromise. In the 1970s, there was much talk about a modern monarchy, a concept which was always presented with reference to the bicycling monarchs of Scandinavia. As we now have a bicycling Leader of the Conservative and Unionist Party, might I suggest a marriage of convenience between Mr Corbett and Prince Charles?
Over the years, the monarchy has been forced to embrace everything it was designed to suppress, while never admitting to its progressive attitudes towards homosexuality. Without wishing to imply anything about Mr Corbett or the Prince - both are rugged heterosexuals with never a stray thought between them - I think it is fair to say that it is not just in poker that two kings are better than one.
Mr Corbett could do the talking, Charles could bake the biscuits.
Posted by Kirk Elder at 4:43 PM

a perfect solution: Charles lacks the affectations of previous great monarchs (gimpy legs, bouts of madness - not to be confused with permanent stupidity, which is less fun all round - etc) and Ronnie lacks stature. The two could combine, with little Ron perched atop Charles's shoulder, hidden under an ermine cape and perhaps a muff, muttering wisecracks. Charles would therefore be just what the British public expect: a humpty-backed king permanenty arguing with himself.