Committing Suicide In Order To Survive: The Scottish Tories Come Up Nuts, Slice After Slice

I noted with some excitement the news in yesterday's Sunday Telegraph that the Scottish Conservatives have decided to embrace the inevitable and disband due to lack of interest. I paraphrase slightly, but one must congratulate the Conservative leadership candidate, Mr Murdo M McMurdo (or thereabouts), whose ruse this was, as the doings of the Scottish Tories have not been newsworthy since approximately 1974, when that great man of the people and Bullingdon old boy, His Worthiness Michael Andrew Foster Jude Kerr (aka Ancram), 13th Marquess of Lothian, accidentally won the Berwickshire and East Lothian seat. Mr McMurdo (or thereabouts) must be encouraged that he has received the enthusiastic support of Conservatives in England for this proposal, and I am sure his Scottish colleagues will fall into line, just as soon as they have worked out the electoral benefits of advertising the party's now-fatal unpopularity.
Changing the name of a party is never an easy business. The Labour Party was branded "New Labour" by Mr Tony Blair and his cohorts, to demonstrate that it no longer represented the working man, and would bring a bluey-whiteness to even the most heavily stained unmentionables (again, I paraphrase slightly). And the Social Democrats enjoyed a brief honeymoon, before mutating into the Liberal Democrats, who were less social, but not noticeably more liberal. While Mr Nick Clegg has, by a quirk of the electoral system, gained access to the corridors of power, he stalks them with the purpose of an angry janitor rather than a seasoned spinner of the political roulette wheel.
But name changing is all about marketing. Mr David Cameron's Conservatives, who were briefly green but are now as blue as the bruises on a rioter's cranium, are still represented by a logo showing a leafy green tree, largely because the image of Mr Michael Gove stamping on a child's face forever played badly in focus groups. The Scottish Tories have the same logo, and it is entirely without impact, appropriately enough.
I suppose one must congratulate Mr McMurdo (or thereabouts) for his optimism. But I fear that history will reflect harshly on his initiative. By suggesting that politics is no more than a matter of branding, he reduces his principles to the question of snake-oil, and how to sell it. Did British Steel do better as Corus? For how many minutes was The Post Office called Consignia? Shouldn't a true Conservative be resigned to the principle of referring to a Snickers bar as a Marathon, whatever it says on the wrapper?
Posted by Kirk Elder at 1:48 PM 6 comments:

Apologies For My Extended Absence. I Have Been Held Hostage By My Teeth 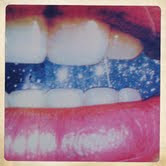 I would apologise for my absence from these pages if I thought anyone had noticed, but the sad truth for a silver - verging on ferrous oxide - surfer such as myself, is that the internet has become overrun with celebrity, filth, and irrelevance. And that's just the Daily Mail.
In truth, I have been unwell. My teeth have been playing up again, and I have been forced to endure a series of sadists with poor communication skills in the vain hope of finding a solution. My problem is age (and how many times do I say that to myself of a damp autumn morning?). It was my misfortune to be born at a time when the ethos of dentistry was changing. My mother, Mrs Elder (or Ma'am) talked fondly of her 21st birthday, because on that day, along with the key to the door (and a 16 hour-a-day job mashing raspberries at the cannery), she was given a full set of mahogany choppers. Her teethy teeth were removed, and donated to science. I understand they reside in a glass jar in the Surgeon's Hall museum, next to a two-headed pygmy in brine, where they are often mistaken for a masterpiece by the punk charlatan, Mr Damien Hirst.
By the time my teeth had succumbed to a lifetime of jube-jubes, the National Health Service had introduced a new ethos: to preserve the teeth by any means necessary, without regard for the pain and inconvenience this may cause to the patient. Over the years, this philosophy has been modified somewhat. Currently, it can be characterised as preserving a bit of tooth at all costs, with the emphasis on costs. So it is that even when dentistry is free, one's practitioner will find a way of charging hundreds of pounds, while also making sure that the work is completed to a ludicrously tight schedule. Most of my appointments are scheduled to last 30 minutes. but I have noticed that they tend to unfold with the rhythm of a 10,000 metres race, rushing aimlessly at the end, before sending me out into the daylight in a state of collapse with mysterious flecks of red plastic attached to my face.
I hope it is not racist to mention it, but I was happier when dentists were British. It may be a small point, but the ability to converse with the patients - who, like passengers on trains, are now thought of as customers - made the whole gruesome business a little more bearable. I am not saying that these British fellows were better dentists: my old scale-and-polish man was a terrible alcoholic who learned his drilling technique on Piper Alpha. But if I am going to be humiliated, I would like to understand the nature of the humiliation as it is happening. My last dentist, Mr Ceaucescu, was an angry Lithuanian, whose smalltalk extended to three words: "Open", "close", and "goodbye". That is not to say that he offered no entertainment. A flatscreen television on the ceiling showed the films of Mr Vladislav Starevich in endless loop. He was particularly find of Terrible Vengeance.
Oddly, I didn't intend to write about teeth. I turned on my computer because I felt the need to say something about trams. But I suppose that can wait. When it comes to trams, I fear Edinburghers will have to get used to waiting.
Posted by Kirk Elder at 3:31 PM 5 comments: