Scotland Has No Need Of An Anthem, For It Is A Wee Country, Meek In Aspect, And Quietly Happy With Its Insignificance, Thank You For Asking, Mister 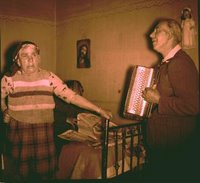 The decision to serenade our Commonwealth Games medallists with a dreary blast of Scotland The Brave has put a match to the damp touch-paper that is the debate about our national anthem. The tartan specialist and - it says here - "anthem campaigner", Mr Roddy Martine has called on the BBC for the matter to be sorted out, with a new anthem for a new Scotland. A representative of the Scotland football supporters' organisation has suggested that Auld Lang Syne would be a good option, despite the fact that the Corries' Flower of Scotland is now used at most sporting events.
It is, I think, a curiosity and a sign of our national impotence that so much energy can be devoted to the choice of an anthem, when so little is given over to a consideration of whether Scotland is a country at all.
Certainly, we have a flag. We have a parliament, though it is closed for repairs, and is not sovereign. We have a national dish - haggis - which is now on sale at selected Sainsbury's outlets throughout Britain all the year round. But our "army" is tartan, and has built its reputation on its cheerful celebration of the inevitability of defeat.
I do not make these observations from a position of political malice. All of these things may be signs of nationhood, but none of them is likely to win a seat on a chaise longue at the United Nations.
In fact, it is a good thing that we have no anthem. If we did, I suspect it would be something like Loch Lomond, by Runrig - whose habit of wearing black vests in public disqualified them from serious consideration - or Sailing, by that gravedigging son of Holloway, Mr Rod Stewart. In an ideal world, Mr Michael Marra's Hermless would prevail, but the song, and Mr Marra, have resisted all attempts to coax them into the light.
In a sane world, Mr Hamish Henderson's Freedom Come All Ye, would be adopted, but I am not convinced that it represents the aspirations of the young, whose idea of freedom is the right to drink coffee from polystyrene cups while wearing white earphones and talking in a Jamaican patois, unless one is Jamaican, when such behaviour is frowned upon.
Perhaps the time has come to accept that, insofar as we are a people at all, we are meek, and polite, and rarely anthemic.
If pride were not a sin, we could feel a wee bit chuffed about that.
Posted by Kirk Elder at 5:19 PM

In a better world, Chick Murray and Ivor Cutler would've teamed up and produced an anthem worthy of Scotland.

Mr Cutler's Gruts For Tea could be used as an anthem, though I think it would be hard to play on the bagpipes.

Kirk Elder said...
This comment has been removed by a blog administrator.
1:04 PM