As a Senior Citizen, I take a dim view of public holidays. In general, I side with the late Mr Mick McGahey, who I once observed at close quarters in Larry's barbershop, in the basement of 10 Montgomery Street, Leith. The gruff miners' leader - though it should be noted that Mr McGahey led all Scottish miners, and not just the gruff ones - was having a pensioners' short-back-and-sides at the hands of Mr Larry's son, Mr Paul. Mr Paul's hairdressing skills were impaired by his partial deafness, which inhibited his ability to chat; a slight handicap in a barber, but a bearable one, as long as one does not greet every misheard reply with a sudden ejaculation of "Eh!" - as Mr Paul often did.
However, aware as he was of his father's ability to converse on such disparate topics as the weather, the phrasing of Mr Frank Sinatra, and the surprising banality of naked ladies on the beach of Benalmadena, Mr Paul was not deterred, and on this occasion he asked Mr McGahey the usually routine question: "Have you any holidays planned?" Without looking up from his knitting, Mr McGahey let out a terrible grunt, and coughed out the following words: "I'm done wi' all that." His point, as I surmised it, was that we pensioners are always on holiday, even if we do not always denote this by wearing a Kiss-Me-Quick hat.
All of which brings me to the Scottish parliament's decision to implement a voluntary public holiday on St Andrew's day. This, according to Mr Dennis Canavan, whose briliant idea it was, will allow us to celebrate our national identity, albeit in a way that does not alienate the minority populations of Pakistan and the like, who will presumably be required to do their national duty and keep their shops open late so that everyone else can buy crates of fortified wine.
A voluntary holiday is, I think, a very Scottish solution. The only thing more Scottish would be a national day of half-day closing in which the cafes and tearooms refused to serve lunch because "the kitchen closed five minutes ago".
Incidentally, on watching Reporting Scotland, I couldn't help noticing two things. Firstly, the Senior Retainer, Mr McConnell, has developed a new style of public address, with a poetic metre somewhere between that of the Prime Minister and a speak-your-weight machine. He talks as. If he is. Receiving Messages From. The Littlegreenmen In His. Invisible Earpiece.
It is very disturbing.
Secondly, the report on the St Andrew's Day holiday was delivered by a Mr John Knox. A small comfort.
Posted by Kirk Elder at 6:51 PM 4 comments:

Farewell to The Great Entertainer, Mr Michael Grade. (You Can Stop Spinning In Your Grave Now, Lord Reith) 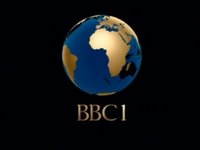 My relationship with television is, I admit, unusual. My mother, Mrs Elder (or Ma'am), came from Brethren stock, and thus harboured a suspicion of all electrical appliances, with the exception of her Kenwood Chef, which was employed to make all manner of cakes (fairy, angel), puddings (butterscotch Instant Whip, mostly)and a surprising array of savoury dishes which did not usually require the intervention of a powered whisk (omelette, baked mince, and Beef Wellington, which, improbably, took its flavour from a tenderised gumboot).
For many years, she resisted television's sultry advances, and lectured nightly on the dangers inherent in what she called "blue-light" homes, these being houses in which the living room light was turned off, leaving the inhabitants bathed in the afterglow of the cathode ray tube. This blue light was, I understood, every bit as pornographic in its symbolism as a red bulb, and far more common, even in the town, where dens of iniquity were plentiful.
But, as the years went by, Mrs Elder (or Ma'am) softened. The invention of interior design - whilst otherwise regrettable - led to the production of television sets disguised as antique furniture, thereby allowing Brethren families, and those of us whose pursuit of joylessness was merely Presbyterian, to exist in a happy state of deception and self-delusion. When visitors came round - which was not often - the doors of the front of the television swung shut with the ominous finality of Mr Auguste Rodin's Gates of Hell, thus creating the innocent illusion that the Elder family was in the habit of staring at the tallboy of a winter's evening. (This was not entirely untrue).
As is the way with sin, Mrs Elder (or Ma'am)'s attitude softened. Eventually, the doors of the television were replaced with a net curtain drawn across the screen. This was not helpful when trying to read the words on Call My Bluff, but it did lend an implication of voyeurism to The Duchess of Duke Street.
But some rules remained. Commercial television was not encouraged, and Mrs Elder (or Ma'am) could sometimes be heard complaining about "ITV people"; these being uncouth individuals with a brash disregard for good manners. Her contention was that ITV's audience, being by definition weak-willed, was unfit to endure the bombardment by advertisements which was, and is, accepted as the norm on commercial television.
In this, she was, and remains, ahead of her time, and I doubt whether she would be mourning the decision of Mr Michael Grade to abandon public service at the BBC for the gay diversions of the independent sector. It is a fact unreported in the hours of broadcasting devoted to Mr Grade's career that, having already attracted the nickname Pornographer-in-Chief during his stint at Channel 4, Mr Grade has turned the BBC into a republic of mediocrity. Under his watch, Mr Jonathan Ross was awarded £18m of licence payers' money to compensate for his imperfect diction. The schedules are full of minor celebrities pretending to be ballroom dancers. News reporters no longer wear ties. Even the programmes of the admirable Sir David Attenborough have been given a musical soundtrack, on the assumption that the viewer will be unable to appreciate unaided the majesty of nature.
I am aware that time does not stand still and we may never again enjoy programming of the standard of Softly, Softly, Tomorrow's World (with Mr Raymond Baxter presenting) or Call My Bluff. But we should not mourn the Great Entertainer. He will, I trust, be very happy under the blue lights of ITV.
Posted by Kirk Elder at 9:20 AM No comments: