As The Observer Woos Readers With Tiny Hands, A Foolproof Tip For Increased Newspaper Circulation 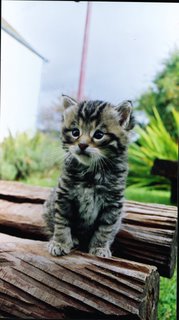 At the weekend, the world's oldest Sunday newspaper, The Observer, gave in to modishness, and reduced the size of its pages in an effort to attract new readers. This rush to tabloid format is quite the thing with newspaper proprietors, and the evidence suggests that it works (with the exception of the poor, shrinking Scotsman).
Why this should be is a puzzle, though I have a theory that it may be linked to the epidemic of obesity. Chubby readers, already too big for their seats on the bus, have a reduced arm-span due to their excessive girth, and thus require their newspaper to be produced in miniature.
Naturally, whenever a broadsheet newspaper reduces its arm-span, the editor will make reassuring noises about how the change in format represents no dilution of the content, in which case it is, I suppose, a coincidence, that coverage of international events - and local ones - is invariably replaced with unconvincing paens to girlitude: how to stay slim without dieting; how dieting makes you fat; how fat is the new thin; how black is the new white; how to de-tox, re-tox, and generally get your bobbysox off, without passing "Go" (do not collect £200).
Having worked with more editors than there have been post-war Prime Ministers, I am somewhat cynical about these changes, and have long held to the view that a newspaper will flourish if it concentrates on providing news, and there is a lot of that around, still.
In Scotland, the traditional approach to falling circulation is to offer "free mince". This can be literally true, as it was in the case of the Sunday Scot, or figuratively so (the mince being represented by free guides to teuching through the ages, tiny hillwaking maps for tiny hillwalkers, or token-collect offers in which readers who sign up for a 50-year subscription will receive an engraved porridge spurtle.)
I understand that readers require their paper to provide something extra. For years, I urged my editors to follow the example of the excellent Puzzler magazine, and give their readers something to think about over their Grape Nuts. I am glad to see that they have now done this, and that it is impossible now to open a paper without tripping over a Japanese mindgame or two.
In which case, in the vain hope that it will stop the rot, I offer my second foolproof tip for increased circulation: cuddly animals, especially baby penguins, pandas, or lemurs. If all else fails, go for a kitten.
Posted by Kirk Elder at 8:56 PM

I think the picture of the tiny cat is the answer, oddly enough: today's newspaper readers, denied by Thatcher the chance to have actual manual decent jobs, instead all work in call centres and this nation's once-manly extremities have been bred out to produce a nation of people with kittens' paw hands, all the better to tap tiny keyboards and fill in tiny japanese puzzles. I myself have hands like an infant monkey and find I cannot grasp a broadhseet without tearing out two little circles where my minuscule hands have been holding on like grim death

Do not underestimate the power of the small-handed. I once did and it cost me an arm and a leg. Their influence is great and they require devices which do not over-exert their delicate tendons or invade their confined living quarters.
However could the subtext perhaps be to shrink newspapers progressively until they disappear up their own back-copies? Maybe when the passing of consumed newsprint is finally flushed away we won't even know it happened without an adequate vehicle to force-feed us yesterday's news tomorrow.