Mr John Prescott May Resemble The Club Steward On A Cross-Channel Ferry, But That Is A Useful Role In A Cabinet Presided Over By Mr Bobby Crush 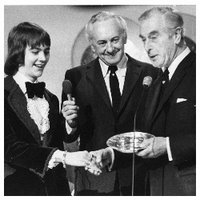 Public life has been a procession of dafties for so long now that it is hard to remember a time when it was anything else. There were a few good moments in 1961, I believe, but everything went wrong when Mr Philip Larkin discovered sexual intercourse. I have not been able to relax in a public library since.
However, I find myself oddly sympathetic to the plight of Mr John Prescott, who has maintained a place in Mr Blair's cabinet precisely because of his resemblance to the club steward on a cross-channel ferry. Insofar as it exists at all, cabinet government is a bit like a karaoke competition in the bar on a boat on choppy waters, and, as such, Mr Prescott's skills are invaluable.
He has also made history by being the first man to be forced out of public housing for playing croquet. And it is in this regard that he earns my sympathy. At a time when politics has been reduced by the newspapers to a kind of Opportunity Knocks game-show, in which the audience is encouraged to embrace new contestants, whatever their talents, Mr Prescott has performed an interesting reversal of fortunes. We are all used to Big Brother, the game in which familiarity is rewarded with eviction. Recognising that political journalism has embraced the manners of the Endemol game, Mr Prescott has elected to expel the house [Dorneywood] so that he might live on to play another day.
In the meantime, the absent Mr Blair is beginning to resemble Mr Bobby Crush, endlessly playing Forgotten Dreams.
Posted by Kirk Elder at 3:31 PM

The Prescott Boy's failing was not that he sought to climb above his station (he would perhaps have been expected to be playing darts while his piece box was jammed on the driverless helm of the nation) but that he was too modest in his ambition. Had he been snapped wearing a tweed jacket while churning up the lawn in a game of elephant polo, he would have been hailed as a proper toff, rather than derided as a tube.