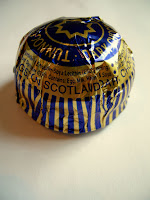 My mother, Mrs Elder (or Ma'am) was one of nature's floating voters. Her broad opinion of politicians was that they should be gathered in a sack, like kittens, and thrown in the nearest canal. (She had no time for felines, on account of sharing a crib with four irascible tabbies in early childhood; an experience which also led to her being unusually fond of ocean sticks). But I am a citizen and a democrat, and find the whole business of politics exciting; until I encounter an actual politician.
How is it, I wonder, that career politicians make such of bad job of being appealing? I suppose it is because they are trying so hard to be liked, and there is nothing more offputting than someone pretending to be likeable. The Prime Minister, Mr Brown, is at his most compelling when he ignores the advice of his spin doctors (and his rather terrifying wife) and allows his glower to flourish. I am told that in person he is a personable fellow, with only a slightly larger than average tendency to hurl his mobile telephone at the foreheads of strangers. And I have no doubt that he cares deeply about public service.
Yes, Mr Brown is a true son of the Manse. That, I suppose, is why he has decided to campaign by having tea with as many electors as he can. Whether this will work, I hesitate to predict. Do the swing voters of Kent and Northampton appreciate the sudden arrival of Mr and Mrs Brown and their camp followers? If nothing else, such a visit will interrupt Cash in the Attic (a programme from which the Chancellor could learn a trick or two).
But are these tea-parties even real? They look oddly stage-managed. As evidence, I noted that the couple in Kent who hosted the PM yesterdayy served Tunnock's Teacakes. Perhaps they did this out of consideration of Mr Brown's sweet tooth. But I suspect that the image-conscious PM supplied his own biscuits. Now,I cede to no one in my admiration for the mallowy centre of the Tunnock's teacake, or the sensual fragility of its chocolate dome. But a prime minister of all the nations should embrace diversity; for the voters of the Shire have a broad palate. He must eat Maidstone biscuits in Maidstone, Grasmere gingerbread in Grasmere, Kentish Cobnut cake in Kent, and Bath buns in Bath. When in Wigan, he must sook on Uncle Joe's mint balls. It is a tough job, but Mr Brown - the paunchiest of the party leaders - must now show he has the appetite for the fight.
Posted by Kirk Elder at 10:28 AM

I'd like to see Brown, in the matter of Leftist economic management, consume the eponymous dish of that splendid East Sussex town, Crowborough.