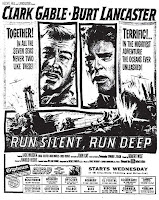 I was saddened to hear that the staff canteen at my old employer, Scotland's Notional Newspaper, The Hootsmon, is - as the jargon has it - facing cutbacks. Employees at the paper will be forced to fend for themselves on Sundays, and will go hungry on weekdays after 2.30pm.
On one level, of course, this is good news. Journalists, as a species, tend towards obesity, on account of all the free lunches they are forced to endure, and going hungry for a few minutes will do them no serious harm. Perhaps some will revert to bringing piece-boxes and Thermos flasks, instead of eating subsidised dinners on the hour, every hour. Some do this already, of course. One venerable sub-editor of my acquaintance used to endure his shifts on the obituaries desk by eating bananas non-stop. He did this, I suspect, to give him the energy to deal with death on a daily basis. Still, it was always a surprise when he burst into an impromptu chorus of "I'm the king of the swingers, the jungle VIP", using his bicycle clips for percussion.
I recall also, a terrible moment during one of the paper's Vichy regimes, when a harrassed features editor arrived at his station with a 56lb sack of tortilla chips to fuel him and his colleagues through another day of earnest discussions of hemlines, botox, and leading articles on whether black was the new white. The poor chap was last seen on the higher slopes of Salisbury Crags, his kipper tie beating his face like a flag of surrender.
To be honest, the canteen has been in decline ever since The Hootsmon moved to it's mall-like offices in Dumbiedykes. The new canteen has discouraged custom in many ways: money was replaced by a system of identity cards stocked with credit, which, coincidentally, supplied details of journalists' movements. (Still, it would be paranoid to suggest that this information was relayed to a Dr Strangelove-style bunker in which the paper's proprietors stroked white cats while pumping their profits into a penny falls machine).
The canteen in The Hootsmon's old building was a better place entirely. There was no blond wood, hardly any light, and prison bars on the windows. One of the dinner ladies was a kind-hearted daftie, who was in the habit of mistaking me for Mr Clark Gable, and rewarding me with an extra helping of beans on account of my fine performance in Run Silent, Run Deep.
There was a subterranean feel in that dining room. Occasionally, the ominous silence would be punctured by a suicidal pigeon crashing into the glass, or the sound of an autistic teenager practicing the drums in the Cockburn Street arcade. The food was hearty, calorific and untainted by cosmopolitan pretension. It was mince, mostly, fish on Fridays, and chips with everything, including the jam roly poly.
One Halloween, soon after the erection of a sign encouraging Hootsmon employees to "put a smile in your voice", the chef took a funny turn and decorated the servery with a morbid tableau based on the Mexican Day of the Dead, with a severed pig's head at the centre.
It seemed ominous then, and it seems ominous now.
Posted by Kirk Elder at 10:45 AM

Well blow me down, you are living proof of the London Bus Syndrome (everything is a 'syndrome' these days) in which you hang around for ages and then two turn up together. Where from comes the new-found energy? Not taking those little blue pills again, I trust!

Very soon the comestibles upon the festive boards at all newspaper offices will consist of cabbage leaves and turnip tops delivered by pannier-bearing donkeys and financed by eleemosinary foreign oligarchs such as the one who has recently overpaid for the 'Evening Standard'.

A long serving Murdoch journalist, having heeded several intimations of mortality, decided to make arrangements for his final resting place. The local undertaker then asked him what he would like to have inscribed on his headstone.

"Just this - 'Here lies a tabloid journalist and an honest man' - Nothing more.

"Sorry we're not allowed to bury more than one body in a single plot".

An allegory of our times. I recently went to the Guardian's canteen. Mm.