In An Unnatural Experiment, The Senior Retainer Mr Alex Salmond Gifted Optimism To The Nation in 2007. Surely It Will Not Last 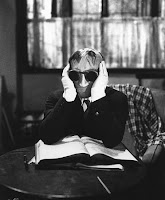 By any measure, 2007 has been an extraordinary year in which to be Scottish. Indeed, if it were possible to resign one's nationhood, I might do it, as I fear I will be unable to stand the excitement for very much longer. In this morning's newspapers, I read that the Senior Retainer, Mr Alex Salmond, has been voted Scot of the Year, which seems inevitable, even if Mr Tony Blair recently owned up to his nationality in a video in which he played a supporting role to Barney, the First Terrier of the Free World. Arguably, Mr Blair has done more than Mr Salmond to promote the cause of Scottish independence, and Barney, too, has an impressive CV, starring in a number of feature films, and entertaining the president, Mr George Bush, by playing with a golf ball on the lawn of the White House.
Oddly, becoming Prime Minister of the United Kingdom is no longer seen as a valued contribution to public life, so Mr Gordon Brown has been left to glower in his North Queensferry manse over the festive season, apparently unappreciated, and welcoming the New Year with a warning of grim times ahead. Such is the idiocy of political commentary that the comparison, by Mr Vince Cable, of Mr Brown and Mr Bean, has been mistaken for a perceptive remark, when it is plain to all that the PM is quickly turning into the Rev IM Jolly, and aims to keep his flock in line by scaring the joy out of them. (Actually, there have been worse ideas).
But what, really, has Mr Salmond achieved? Well, he has given Scotland the gift of optimism, an idea last floated by the late football manager Mr Ally MacLeod, who rationalised the embarrassment of the 1978 World Cup campaign by suggesting that he had failed by "generating too much excitement". These days, the nation is awash with too much excitement, though Peebles, thankfully has remained immune to the infection. Mr Salmond, a gambler as much as a politician, is exciting when compared to his predecessor, Mr Jack McConnell, a fellow with such a dearth of charisma that he was rumoured to have worn bandages when observing his reflection in a mirror, in the manner of Mr Claude Rains in The Invisible Man.
Of course, the irony of Mr Salmond's success is that his natural authority comes from having served time in the Big School, at Westminster, as well as his twice-daily injections of ebullience, but his position in the Dumbiedykes parliament seems unassailable precisely because of the limited powers granted to the institution. Mr Salmond stands for Scottishness while his opponents, by definition, stand for something else, if they remember to stand at all. He has also displayed some grasp of strategy. To some, his courtship of the hirsute millionaire Mr Donald Trump would be an embarrassment, because the leader of a proud nation should not allow himself to appear so grateful for a sniff of the crumbs of dubious commerce. Never mind the effect on the wildlife of the dunes: cynics might question the viability of a golf course on a spit of land which is blasted so often by the chill winds of Siberia. But the Scot of the Year is a man of vision. He knows that the slogan "It's Scotland's Oil" will not be feasible for much longer, and is preparing the country for a more sustainable, serviceable acquiescence to American capital.
It's Scotland's Golf, and it will take a brave politician with a bag full of mashie niblicks to suggest otherwise.
Posted by Kirk Elder at 8:06 PM

As always, Sir, I remain grateful for your informative insights into Scottish wild life, although the reference to "Dumbiedykes" has me puzzled. Never mind, I trust you will enjoy a splendid Hogmanay and I look forward to further bulletins in the New Year.

Incidentally, I assume this is not you:
"http://www.aggieathletics.com/bios.php?YOS=2006&PID=7156&SID=MFB

Thank you Mr Duff. I can confirm that I am unrelated to the frightening-looking individual included in your link.

"But what, really, has Mr Salmond achieved? "
Come, come, there is the historic Concordat with a certain Mr "Pat" Watters (though I believe a concordat is usually with the pope?) which he is fond of repeating and I do believe that motor traffic is now exempt from paying an exorbitant toll of 2/6d for crossing the Forth and Tay estuaries. Good times are just around the bend!

For someone whose leisure pastimes include 'watching Star Trek' and 'listening to Country and Western music', Mr Salmond's admirable trait of optimism seems an unlikely one. That other great political optimist, Ronald Reagan, used to regale all and sundry with the story of the two young sisters, one a pessimist and the other an optimist. The pessimist was shown into a room full of toys and told that she could play all day.
"No thank you, they'd probably get broken", she said.

The optimist was shown into a room full of horse manure and started digging frantically, "There's bound to be s pony in here somewhere", she said.

Mr Salmond's tireless optimism was on full display when , in his congratulatory note to the President - Elect of the US, he expressed the fond hope that the racial group with which Mr Obama self-identifies "will now receive a fair crack of the whip".